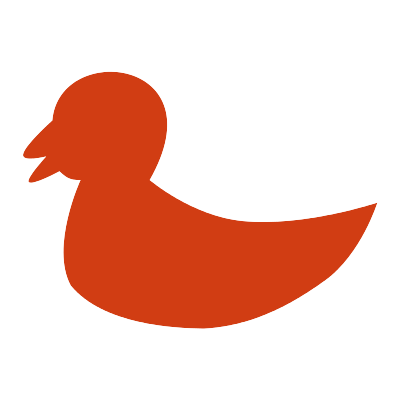 A King and a computer answer life questions


A lot of electrons have buzzed through the ether in service of trying to explain how the East and the West differ. The results range from profound, like this picture book… 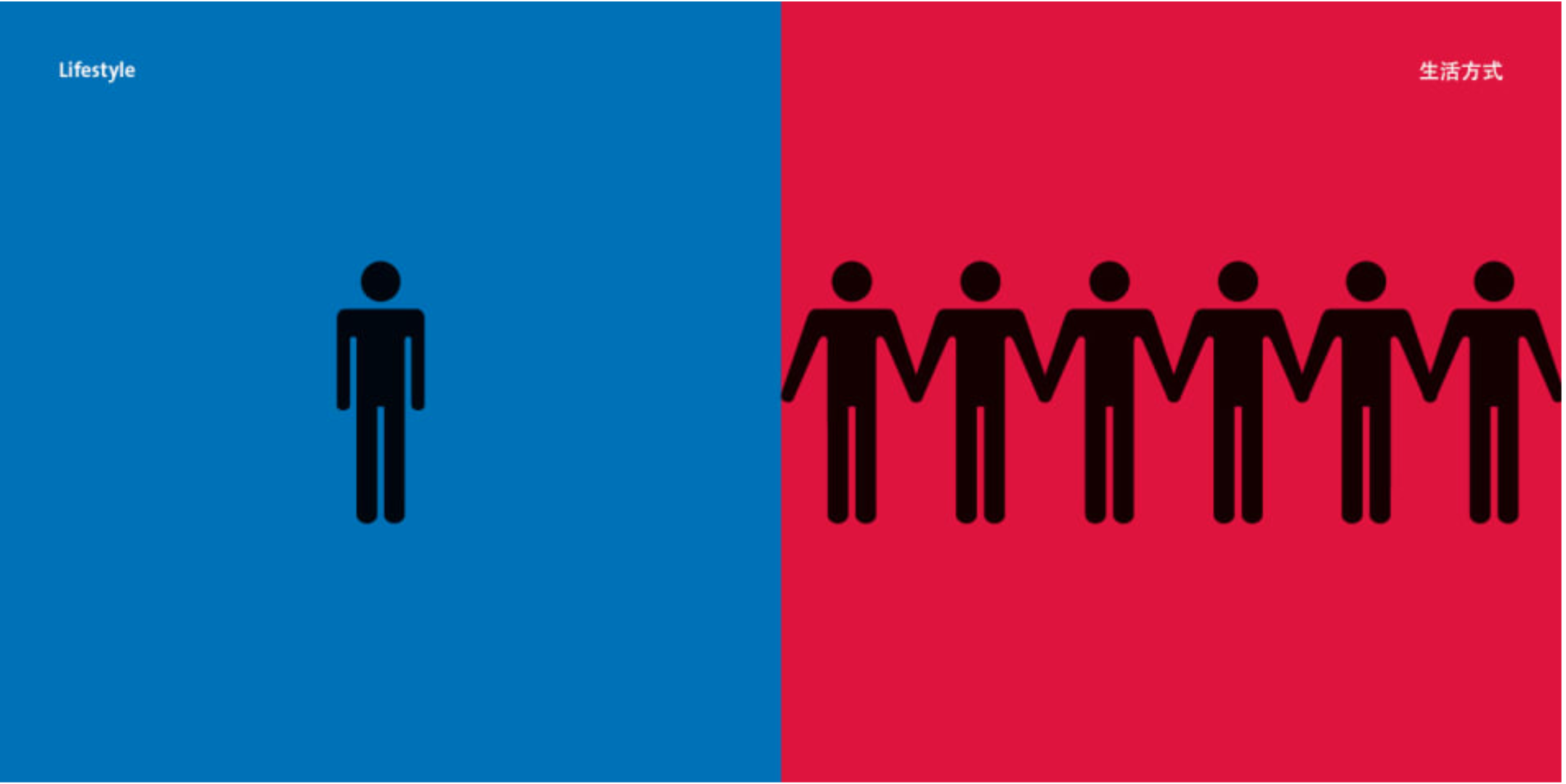 A page from the above-mentioned book.

…to pretentious, like this Indian author of a poorly-written book claiming that her work has merely eschewed “a Judeo-Christian linear understanding of time and mortality.” 1 My attempt below falls somewhere in the middle.

The Yaksha Prashna is a section of the Indian epic Mahabharat, and it goes something like this. 2 The five Pandava brothers were spending a thirteen year exile in the forest. 3 One hot and exhausting day, they became very thirsty while walking through the forest. The youngest brother Nakula, who was sweet and helpful, ventured away from the rest of the group to find some water. He walked for a long time and came to a beautiful lake. The sight of the sparkling clear water was a sight for sore eyes! He ran to the water, scooped it into his hands, drank from the small puddle in his hands, and immediately dropped dead. When the youngest brother did not return, his twin, Sahadeva, a skilled cowherd, went looking for him. He, too, came to the lake, drank the water, and died. The middle brother, the famed archer Arjun, who could shoot a bird straight through the eye from a hundred yards away, went to find his younger brothers, drank the lake’s water, and died. The second-oldest brother, Bhim, who was strong like a mountain, went to find his younger brothers, drank the lake’s water, and died. Finally, Yudhishthira, the oldest and wisest, in search of his brothers, came to the lake. He saw his brothers lying dead on the lakeshore, and was shocked and saddened.

But he was still so thirsty! He walked to the lake to soothe his parched body before he began investigating his brothers’ deaths.

“STOP,” the lake thundered. “Any man who drinks my water without answering my questions correctly will die. Your brothers were so thirsty they didn’t heed my warning. You will meet the same fate as them if you drink my water.”

Yudhishthira was close to fainting, but he knew what he must do. So began the challenge of Yaksha Prashna (the spirit’s questions), as Yudhishthira stood by the lake dying of thirst and answered questions to save his life.

Answers to the Ultimate Questions of Life, the Universe, and Everything

Religion used to answer questions about science (where do animals come from?), morality (how should we punish murderers?), politics (who should rule our land?), and everything else. Slowly, it’s empire has shrunk. 4 We have always rendered unto Caesar the things that are Caesar’s, but Caesar’s empire has grown and grown and yet keeps growing. Now, scientists answer questions about science (animals come from evolution), judges about morality (murderers will be punished by a jury of their peers), and citizens about politics (we will elect our ruler). But back when Yudhishthira answered the lake’s questions about science, morality, politics, and everything else under the sun, his religion, his dharma, was still the single source of knowledge about how he should live a righteous life.

Redditors have a different perspective.

GPT-2 is a machine-learning model that generates text. It was trained on text from websites linked to on Reddit, and so its inputs loosely approximate what WEIRD (Western, educated, industrialized, rich and democratic) people are into these days. The text GPT-2 generates resembles the text it was trained on. I made GPT-2 answer the same questions as Yudhishthira. 5 The difference between their answers is a measure of the distance between the east and the west.

What makes the Sun rise? युधिष्ठिर (Yudhishthira): 6 Brahma 7 maketh the Sun rise.
GPT-2: At the root of any particular Sun animation is just a mathematical equation. Point to GPT-2. It got this question absolutely right, which I was not expecting.

How to become wise? युधिष्ठिर: It is by serving the old that one becometh wise.
GPT-2: Start listening to critical thinking. Here are 10 ways to improve your brainpower that will get you from chewing your fingernails through coffee break to flying your personal perch at Caltech. Point to Yudhishthira. This is a very Eastern answer, but also a better answer than the clickbait GPT-2 is spewing.

What is the best thing? युधिष्ठिर: The best of all things is skill.
GPT-2: It's subjective. If you know the lifestyle you will enjoy – whether it's 90 degrees or 144 degrees out I can guarantee you will be happier. Point to Yudhishthira. Subjectivity is an easy answer to give here, because it won’t offend anyone, which is why GPT-2’s answer reminds me of what an advice columnist or psychic would say in this situation.

What is the highest duty? युधिष्ठिर: The highest of duties is to refrain from injury.
GPT-2: The highest duty is truth, which is daily and for very good things. Point to GPT-2. I think that the pursuit of truth (inadvertently but frequently) leads to fewer injuries, but the reverse is rarely true.

What is mercy? युधिष्ठिर: Mercy consists in wishing happiness to all.
GPT-2: 8 It is the acceptance of what we bring to life through love. Point to Yudhishthira. His answer is outward-facing (wishing to all) while GPT-2’s answer is inward-facing (acceptance of ourselves), and I think mercy requires the former.

What is shame? युधिष्ठिर: Shame is withdrawing from all unworthy acts.
GPT-2: Shame's main function is understood as "the regret of having inflicted sickness on consciousness." And following with grasping oneself down to deep-rooted, painful zones of existence, suffering begins to slide into deferred grief. Point to Yudhishthira. His answer acknowledges that some acts are just unworthy (read, objectively bad), while GPT-2 is playing around with therapy-speak.

What is ignorance? युधिष्ठिर: True ignorance consists in not knowing one's duties.
GPT-2: Defined as the failure to see clearly, and suffering resulting in frustration and disillusionment. Point to GPT-2. This is a close one, and both have good answers.

What is charity? युधिष्ठिर: Charity consists in protecting all creatures.
GPT-2: Charity is providing for the welfare of an especially needy individual or individuals. Point to GPT-2. It’s close, but I think GPT-2 is more technically correct.

Who is an atheist? युधिष्ठिर: An atheist is he who is ignorant.
GPT-2: An atheist is someone who believes that there is there is no supernatural force or entity inside the universe using scientific principles rather than some religious philosophical framework. Point to GPT-2. Obviously, a religious text is not going to be kind to atheists.

What is the news? युधिष्ठिर: This world full of ignorance is like a pan. The sun is fire, the days and nights are fuel. The months and the seasons constitute the wooden ladle. Time is the cook that is cooking all creatures in that pan. This is the news.
GPT-2: Beyoncé has been marketed as the world's most fashionable woman, with Derek Jeter matching that title. Point to Yudhishthira. Existentialist crisis wins out over absurdist humor, but just barely.

The God of Death

Yudhishthira answered a hundred questions correctly, barely pausing to take a breath before the lake asked him another question. He got them all right, and finally, his trial ended. Yama, the God of Death rose out of the lake, and told Yudhishthira, “you may drink now.” Yudhishthira sank to his knees and finally, after a difficult and long day, drank the shining water.

“Yudhishthira, I am impressed by your wisdom. Because I am so pleased with you, I will bring one of your brothers back to life,” Yama said.

“Please bring my youngest brother Nakula back to life,” Yudhishthira said, without hesitation. “That way, each of my father’s two wives will have at least one child left alive. My mother will have me, and Madri will have Nakula.”

Yama smiled. This was the final question and Yudhishthira had answered it correctly. Yama brought all four of Yudhishthira’s brothers back to life.

The discussion about bias in machine learning so far (as far as I know) has focused on race and gender biases. There is widespread agreement 11 that these biases are undesirable, and we should spend time, money, and effort ensuring our models do not have race and gender biases. The moral argument is clear: none of us want to be treated unfairly for characteristics we cannot control, so it only seems fair to not treat others unfairly for characteristics they cannot control. We try to reduce bias in other areas of life, like housing, education, and employment, and we should do the same in machine learning models.

Our models can have biases other than race and gender biases too. These biases have not attracted much notice, and most people probably don’t even realize they exist. The difference between Yudhishthira and GPT-2’s answers provides examples of these biases. It is unlikely that GPT-2 will give a religious answer to the question “Why does the Sun rise?” It is unlikely that GPT-2 will say that wisdom is gained by serving the old. It is unlikely that GPT-2 will tell you to save your half-brother instead of your brothers, not because of your love for your half-brother or because of the intrinsic value that every life has, but because of your nondischargeable duty towards your mother and his. This is not GPT-2’s fault. GPT-2’s answers are our answers, and every one of us probably has these biases too.

Roughly speaking, the world in which people relied on religion to explain celestial movements, on the elderly for wisdom, and on strict duties instead of love (Yudhishthira’s world 12 ), is gone for the kinds of people who write online. If you have a computer connected to the internet, a room of your own to write in, and the confidence to think other people want to read what you have written, Yudhishthira’s world is in the rearview mirror, and fading fast. Because we don’t write about Yudhishthira’s world, GPT-2 does not learn about it. And yet, even though that world is almost invisible to us, I think it would be nice to try to make sure our machine learning algorithms aren’t ignorant of it, for the same reasons that John Stuart Mill wrote about a century and a half ago.

He who knows only his own side of the case knows little of that. His reasons may be good, and no one may have been able to refute them. But if he is equally unable to refute the reasons on the opposite side, if he does not so much as know what they are, he has no ground for preferring either opinion... Nor is it enough that he should hear the opinions of adversaries from his own teachers, presented as they state them, and accompanied by what they offer as refutations. He must be able to hear them from persons who actually believe them...he must know them in their most plausible and persuasive form.

The solutions to the two kinds of biases are going to be different. It seems likely to me that known biases can be mitigated if we choose our datasets more carefully to ensure that no group is excluded or unfairly represented. Unknown biases cannot be addressed in the same way. The very act of producing data that is easy for machines to digest (i.e., written, electronic, online, and voluminous) moves the data producer farther from Yudhishthira’s world and closer to ours, and thus renders the produced data unhelpful for addressing the bias. I don’t know what the solution to this quandary is, but I do hope that we can find a solution someday.